David Cameron, the UK prime minister has announced that he “is looking at banning people from using social networking sites such as Twitter and Facebook if they are thought to be plotting criminal activity“. Fair enough. If you’re a government official and want to crack down on crime, one of the best ways to gain an advantage would be to control their possibilities to communicate.

However, just as my fellow Internet buddy Deeped writes in his blog post, this kind of control comes at a very high price. As he puts it:

Which in English sort of translates to:

Evidently he (david cameron) believes that the free exchange of information only is good if it is never used for bad purposes. If the latter occurs, the free flow should be stopped. Can’t say other than that this doesn’t sound very democratic. Cause when it comes down to it Twitter, Facebook, and other parts of the social web are still just tools. Despite if the context is to close down the complete networks or just people who seems to be “misusing” them, new services will be created that will put the open debate into hidden enclaves which only worsens the transparency as well as the possibility to debate people with opinions that needs to be aired and countered with the other side of the coin – and the evil is stronger in the cover of darkness. 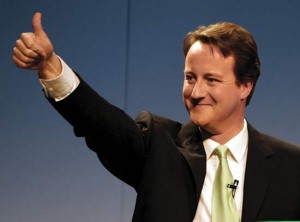 I fully agree with @deeped that the notion of closing down, or separating some people from the possibility of communicating freely and openly online, will only hurt democracy, security and our possibility to avoid these kind of problems in the future.

As usual, with political leaders all over the world, they seem to have lost track of who they are working for. Although Cameron, possibly, has good intentions with suggesting these types of changes, he is still full of crap for suggesting them. Who is to decide who is likely to plan criminal activities? I who thought that pre-emptive strikes was to take it one step to far. Ie. when you know that someone is planning something, you take action before they have actually performed a hideous crime of some sort.

If I think twice about what Cameron is saying, they want to close the possibility of people accessing these social networks, before they have started planning criminal acts. On what basis? Who makes the profile for who is more likely than another person to become a criminal? Social profiling – perhaps?

Secondly, rioters are in the eyes of the law criminals, but in the eyes of the rioter, freedom fighters. We might not agree with the methods, but they are an expression of a deeper problem in society, one which we cannot turn away from or try to close down. We have to fix it. Not turn away from it. Social inequalities and violence has had a correlated “positive” relationship for years, yet social reform, is still frowned upon by the market, governments and the leading powers of society. I am not saying socialism, but I am saying that we need some world wide change in order for me to be able to enjoy my money, not just have it.

What I am talking about is social liberties. The right not to get judged based on the color of my face, my sexual orientation, my political beliefs or the way that I dress. Those are deep things we need to fix yesterday. It is the social inequalities that are driving our society into these situations where people feel trapped and unable to get out of the shit they were born in.

More directly I am talking about getting more demographic diversity into the leadership of nations, companies and decision making all in all. That is what is going to change the situation. By banning people from expressing themselves will only increase the pressure in a pot that is already at boiling point. It is thus not only a very difficult proposition, it is also the wrong one as it is not the solution to the problem.

I am eager to see how the rest of the “world leaders” are going to respond to what David Cameron has proposed.

1 thought on “Cameron vs. Free speach – a true but frightening story”