Sphinn removes the foundation that they've built their brand on. It is the users that build Sphinn with their content every day. Sphinn in itself hasn't built anything of value other than a platform for publishing. How can they reasonably claim to know better than their users what is quality and what is not quality?
Tweet 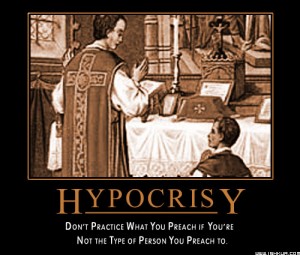 I commented on a post on the website Sphinn. Sphinn used to be a good crowd sourcing website where you could get feedback on your own material as well as engage in discussion on other peoples submissions. I’ve always liked the website as you can find analysis on recent events in the SEO and social media industries fast and thus leave a lot of exploring out of the picture.

Naturally there is loads of crap on the website, but as users get their say on it, the good stuff generally reach the first page. During the weekends you can then browse through other submissions to find the gory stuff that isn’t popular, but that is great for other reasons.

But this is all about to change as Matt McGee and the others on the Sphinn team don’t believe that crowd sourcing brings good content to the surface. So they’ve introduced something called “Editor’s Choice”. This is what they write in a blog post from the 23rd of March this year.

As Sphinn’s Editor, I occasionally promote submissions to the home page that I believe are noteworthy, even if they haven’t received the minimum votes. You’re going to see more of that from this point on, and it won’t just be stories that I choose. A handful of our moderators will also take a more active role in promoting deserving submissions to the home page. Our goals are to make sure Sphinn users see the day’s most noteworthy stories on our home page and to help good content get the visibility it deserves.

Naturally, this kind of reasoning makes me pissed off. Why create a website based on crowd sourcing and then not trust the users to decide what is quality and what is not? I really don’t get their reasoning. They have their own blog and if they like content that is not being promoted by the users, I am sure they could give it a ride by publishing a link to it in their own blog? Why corrupt the system?

Now, back to the case at hand. The editor Mike McGee used his flare and magic to push a story to the front page. He has done this a few times before and it has annoyed me then as it did now. Especially since he arrogantly publishes a comment when ever he has used his veto, anointing the rest of the reason for his push.

Naturally I respond the way I always do when I feel pissed off:

Now naturally I am aware that I will not be able to do that unpunished. I will get brutalized by the end of tomorrow and my account will probably be suspended because I don’t agree. They already show they do not trust their users democratic choices, but they have previously also shown they cannot stand to be criticized. 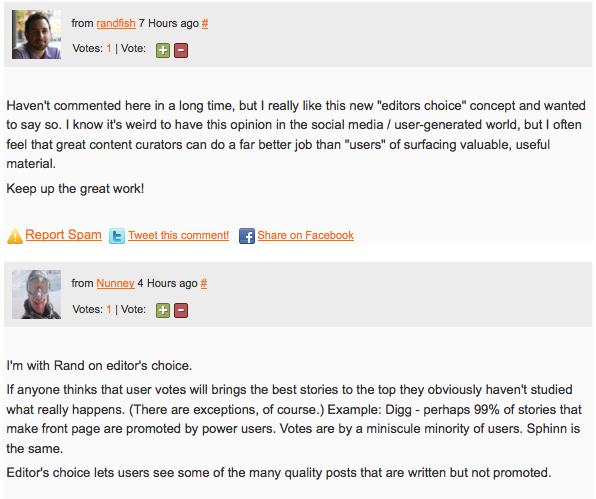 As you can see, supporters are rushing in to save their friends from humiliation. I don’t see why they are doing this though. Why do they put their personal brands at risk just to pat their friends on the back. Cause they cannot seriously condone this kind of activity.

Think about it. Sphinn removes the foundation that they’ve built their brand on. It is the users that build Sphinn with their content every day. Sphinn in itself hasn’t built anything of value other than a platform for publishing. How can they reasonably claim to know better than their users what is quality and what is not quality?

The title of this post tells you what I believe these types of actions resemble. How can you let users build your brand and once you’ve reached a certain status, and then simply tell the users that they are to stupid to promote the “right kind” of content? I don’t get it. Seriously Matt. You are not a superstar, but the people who post content and vote on your website every day are. They are the ones who find, develop and retain your brand and so you should be very careful before telling them that your liking is better than theirs.

Written By
Jesper Åström
More from Jesper Åström
Tweet One of the more common questions you need to...
Read More