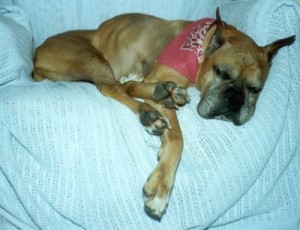 It is not really a story worth noting else than that it is such a typical example of when social media success does not rhyme with big ego. Sphinn is one of search and social medias true resources online. Not so much for the content on the platform, but for the relationships you are able to build through it quickly.

You have been able to find, promote and discuss interesting content with other users there or on their respective blogs. As you know, I have previously been quite critical towards Sphinn. In part, because I truly have wanted the service to improve and get even better. Now, naturally, my wishes have never been heard. Probably because of my lack of smooth language skills. I am never far away from the insult as I see the world through the perspective of a hip hop battle.

However, I have continued to post my stories as well as other people’s stories to the platform as I am able to connect with other users through the platform. I have liked voting for content that I enjoy reading and discussing content that I find interesting.

That will all stop. I don’t think I will ever visit the website again. The reason being that they just announced they will remove the voting functionality from the website.

Now… A crowdsourcing website without voting?? What’s the point??

Oh… Danny Sullivan, one of the webs self proclaimed pricks, argues that there was too much problem with spam, and that the quality content didn’t reach the front page enough times. So they thought they should just take away the crowdsourcing out of their project and let the editors decide what was valuable content instead of leaving it in the hands of the users. This kind of reasoning reminds me of something… hmm… old time media perhaps…. naaahw… These guy’s are online heroes… they wouldn’t turn away from the social nature of the web and turn to old school tactics just cause they get a little spam now… would they?

Well, never mind what they’ve actually done. Nor shall we care about why they do it. But what we should focus on is who they blame for their failure…. namely the users of their website. See, they seem to think that it is the voting mobs and the spam that is decreasing the interaction levels of the website. They don’t consider any of their own actions, rules or changes to be a part of the blame. NOOO…. it is the users who built the website who are the ones to blame. Naturally… don’t you think?

Seriously… Danny. You cannot be this narrow minded and ego centric. You have to realize that it is not the spam that is driving the users away. Look at Digg, look at Stumbleupon, look at any other real crowdsourcing project out there. They are growing, thriving and improving their services as a result.

The difference between them and you is that you have always made changes that limit the users rather than make changes that improve the visibility of their content. You have imposed unfair into a system where everyone is free to leave at their own will. That is what you are seeing the result of now. Your “editor’s choice”, your obnoxious replies to comments or critique, your relentless self advocating blog posts and your never ending promotion of those who only agree with you. Those are the real reasons why people do not care about interacting with your website. That’s why they stop voting and that’s why they stop coming back else than for self promotion. You set the court yourself, all users did, was to play ball.

I don’t blame you for shutting down the website. That’s completely your choice. But to try and martyr yourself out of your own misery, well that’s just wrong. You need to thank every single one of us who have contributed to your website. You should be ever thankful. WE created the website’s success and WE are the true heroes of the story. You’re just a name with a dwindling legacy.

Thank you for the few years the service was operational. Try and learn something from the experience. In this open, social and very much real time web where we are operational today, it seems ever so difficult to make old dogs sit. I know this post won’t make you change your mind. I just had to air mine.