I joined my websmurf friend @erikstarck for a day or two in the spirit of entrepreneurship. I had to kick back and work with Honesty stuff, but at the same time, I couldn’t miss the opportunity. 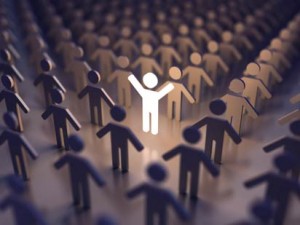 The day started out in a wickeid way. The place where the event was supposed to be located at was already occupied by squatters of the more nasty kind, namely old ladies. Why nasty you might ask? Well, if a person 50+ is determined about something, and they are Swedish, and they believe they have the right to do it… well, let’s just say our culture doesn’t allow for bargaining. I am sure that even though we would have put a million bucks on the table, this bulldog looking lady wouldn’t have moved an inch.

So, we went for a walk, published tweets and tried to get a place where we could sit. Actually a quite good exercise for any bootstrap entrepreneur. Finally we got aided by the SAS Sheraton who had some nice and empty space in their lobby. This would do as cover for a while.

I am sure more will come out of this day. But for now I will switch writing strategy for one of our clients so I’ll put the blog pen down for a minute or two.

Update one: I think I’ll remove the SAS Sheraton link as they changed their mind. We’re now on the look for a new place to stay. I think I might just go somewhere until all this settles. I need to put in some hours of work.

Update two: Finally we ended up at Grand Hotel where we got to borrow a really nice conference room. After a few first coffee less hours I was stuck with myself in a room, trying to figure out some gmail things along with another guy at the meet. I haven’t really looked into gmail enough before, so I wasn’t much of a helping hand. I guess now I will though as he showed me a neat filter feature as well as a social layer feature that one could possibly make use of. I am considering using gmail as a database :). Wouldn’t that be something? I mean… in the search for social objects one could create a database in the cloud that was actually an email inbox… then those social objects could be shared within or outside the boundaries of e-mail. I don’t know… people are used to sending and receiving e-mails and I think it would be a good way to reach out to the masses without having the obstacle of technology adaptation. E-mail as the base, then one would open APIs through a platform that translates the e-mails to other formats. Hmm.. perhaps thats… hmm… that’s Wave… DOH… already done…

Anyhow. I ended up in a group of people who worked with creating an online store for a fashion concept. It was kind of neat as I have been longing to work with REAL products for quite a while. I sat down, started coding and noticed that my skills have improved quite substantially since I created the platform for bloggmode during the first 24 hour business camp about one and a half years ago.

WP 3.0 is really neat as it has support for some new page types and so I will try to work out the e-commerce stuff tomorrow and we’ll have a fully operational e-commerce solution up and running in two days. (6 hours effective coding time). Sweet…

That’s my ambition at least. We’ll see how far we reach. The information flow is granted now though and if I manage to build some users tomorrow I will be able to make it look and feel a lot more like a community which will be nice for FB-connect usage etc.

Enough for today. Now I will wait until tomorrow until I update this post again. If anyone wants to sit down next weekend and build something, then I’m up for it. I got inspired today in a way I haven’t been for so long.