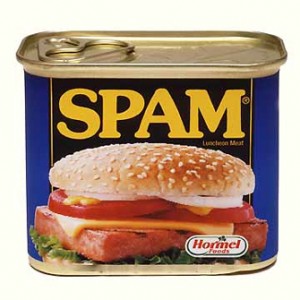 Earlier last week, Facebook launched their “Like” button functionality, moving another step towards integrating their platform with all that is available online. I will write more about the implications of the “Like” button (which was the smallest of all announced changes) and the rest of the incredibly wicked stuff that Facebook launched during F8 later.

However, I am not a news guy. I’ve tried, but it simply doesn’t work. Now, cause my “how to” format does take some time to create, and since Facebook’s documentation is the way it is, I’ll have to try everything out before I write how you can do it for yourself. What I am trying to say in longer sentences than needed or grammatically correct, is that I am not done yet but they shall come eventually.

The “I Love You” Virus

What I am going to devote this blog post to is the remarkable resemblance of a lot of Facebook’s new features and the “I Love you” e-mail virus. I remember that one working day it all breached our computers and we got spammed like mad with the VB miracle produced to “fight the evil capitalism and liberate workers in Ecuador”… Or at least that’s what my version of the virus said in its credits.

I was about 20 years back then, but my Sylar alike need to pick stuff apart to see how they work was already working back then. So, naturally I decompiled (opened it in .txt-format) the virus and checked how it worked.

There were some very interesting features that had never been used before in a virus that were made available with the “I love you” virus.

Hmm… I wonder what this reminds me of… AH… Facebook Connect… yes!! Only that we today see this as a fantastic service and a great promotional tool. It is amazing how our perspectives can change so much over such limited time. Also, do you remember how we got mad at Facebook Beacon advertising system? You know the one that fetched our actions online and published them to the profile page of Facebook. It was horrible right? Well, GoWalla… I need not say anything else.

Facebook could probably relaunch Beacon, combine it with their version of the “I love you” virus and get companies to pay for it in today’s environment. The problem with me is that I really like it. I regularly use spammers tactics to create foundations for campaigns. This doesn’t mean that I spam. I add some ethics, some GUI and some neat content and let the users spam each other instead. Oh yeah, I shouldn’t disclose those kind of things… we call it Viral in our sales docs…

SPAM is only SPAM if unwanted

No, seriously, I shouldn’t joke about those kinds of things as some people reading this blog might be interpreting me in a “not so favorable” way. The new Facebook features as well as a lot of other new services we see popping up all over the web are user friendly versions of what we previously called viruses or spam.

The bottom line is that any SPAM that is wanted is no longer a SPAM per default. That’s why we get away with spamming these days. Actually, one of the true business values of communication in the environment of “many to many” is that we now can let users spam for us. I know that is a marginally controversial thing to say, but seriously people… I know you “like” it…

Written By
Jesper Åström
More from Jesper Åström
We've just released one of the new Halebop videos for Christmas on...
Read More