We simply have lost the will to imagine the impossible as something desirable. We no longer "build the tallest building" as Fredrik Härén would have put it. We no longer create those magnificent and new inventions that signifies a prosperous society. All we do is impose rules on change.
Tweet

It was very nice to see one of my old friends tonight. For six months we lived in one of Stockholm’s most attractive, three floor, apartments. Yes, all the benefits with having such a place indeed. But tonight we didn’t talk about women or parties. We talked about education and the way we in the “developed” world are falling behind. 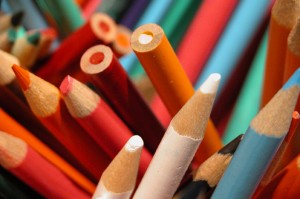 We simply have lost the will to imagine the impossible as something desirable. We no longer “build the tallest building” as Fredrik Härén would have put it. We no longer create those magnificent and new inventions that signifies a prosperous society. All we do is impose rules on change.

These rules can manifest themselves in ridiculous law suits against people sharing information, to busted doors for having an assembly about something government feel is not really politically correct.

We are people and there are a lot of us. We enjoy change by nature and thus we adapt naturally if we aren’t subject to restrictions that limit our behavior. But this post is very little about liberalism. This post is all about education.

Now if you are a programmer and read this you know that the world has gone far since C++, but if you think about it again, then imagine where you would be if you had been taught C++ from first grade in school. What would this do to your intricate relationship with digital understanding and development. It would be as sticky to your inner being as your native language is.

It is not important to analyze how we ended up in this place. We don’t have the time. We need to go into bootleg mode and copy whatever we are able to and try to catch up if we can. As we have molested the “third world”, I am not sure they will have mercy when they run us over.

Why I feel opportunity
The only good thing about this development is that I am a bit retarded. I have never accepted to be taught anything, and thus I have learned a lot on my own. I don’t think the same as my peers and I had a mother who mentally beat me into believing that there is always a second side to the coin.

What I am basically saying in this post is that all of you out there who haven’t understood that we’re falling behind… go check yourselves. We suck!!! The web is the future of communication. If you understand anything about how democracy and communication has built our societies to what they are today, you must understand how the change that is taking place has an effect upon the future.