After almost two years as partner and digital director for the ad agency Honesty I have decided to move on. Earlier today, the last details were taken care of and so I am out. It feels weird, but it feels alright. I made my mind up almost 6 months ago when I spent Christmas with my girlfriend. There are simply other things to life than work, and I need to find a way to combine life at work and away from work so that I can thrive in both.

Honesty will move on without me and I believe they will find themselves in good shape. I have loved working with Halebop and Pepsi and haven’t ever experienced such strong relationships with clients before. The stuff we’ve made together has been great and although I am always close to criticizing my work, I am pleased. There have been some great results and some great bumps, but we did what we believed in and what was right to do. Many thanks to Christina and Linda at Swedbank, Malin and Ann-Charlotte at Röda korset, Alexandra at Cancerfonden, Johan and all others at PFO, Lena at Grönt Ljus, Hanna at Mediamarkt, HSB, WGP, Apotek Hjärtat and everyone else who have made me bleed from my eyes and eat 10 Excederin Migraine per day for the past two years.

To my co-workers… Love you.

In the end I was not very motivated and I sort of crashed this summer. It was as though my body knew that I was getting out of it and decided to take a break. Started forgetting things, mismanaged myself, didn’t sleep, my bones were hurting to the core, and my head was constantly hurting. In late July I found out I was both celiac, had a bacteria in my stomach and a mouse arm. I’m getting old. My body doesn’t like me anymore.

So what will I be doing now? 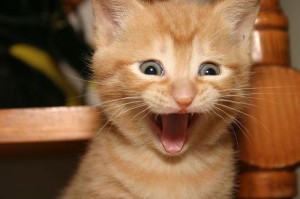 I am currently living in the US. For now I will be working with SEO and PPC as well as help some old

friends with their strategy. I will also pick up on my poker career and have planned for two or three bigger tournaments this coming year (amongst them the WSOP in LV next summer). I am not allowed to work over here yet so right now I will be spending my time relaxing and…

In the next few months however I will most likely work together with an old partner to finalize a gamification platform as well as a casting platform that can be used for a new type of recruitment process. We are done with the technology parts of them, but we need to package the deals and create a few more cases than we have right now.

In December or early January we will be launching “a thing” that for sure will make a dent in the current web market. I am talking to investors about it and we should be operational on a larger scale in the end of Q1.

20 thoughts on “Time to move on from Honesty”