I am currently at the Dialogue conference in Strömstad, Sweden. I have just had my talk and I am eager to share some of my feelings from Stockholm departure until now. It has truly been a weird trip so far. I will update this post with my presentation, with references and with insights from the sessions I join, so stay tuned. 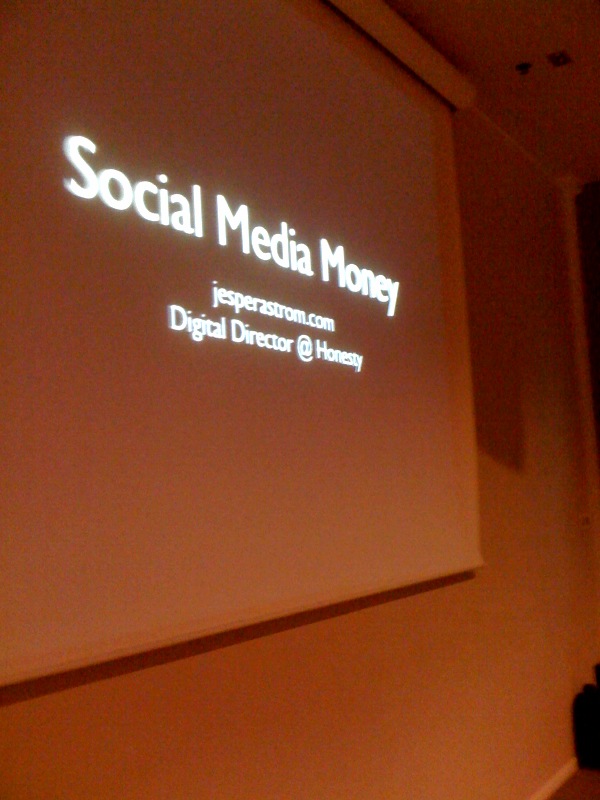 First off I wanted to kill some myths. I don’t know if I did, but at least I tried. First, social media is all about creating billing relationships. You can do this by using the social persuasion mechanisms available through social networking platforms and open source data mining. Secondly I wanted to kill the myth about viral campaigns. They are not based on luck but on skill and I released my 5 C’s of Vrial Marketing which will be the topic of my book (that still needs some final touches before it gets published).

The challenge I was facing is that I can go on forever about those things, but I managed to squeeze it into a 40 minute session. 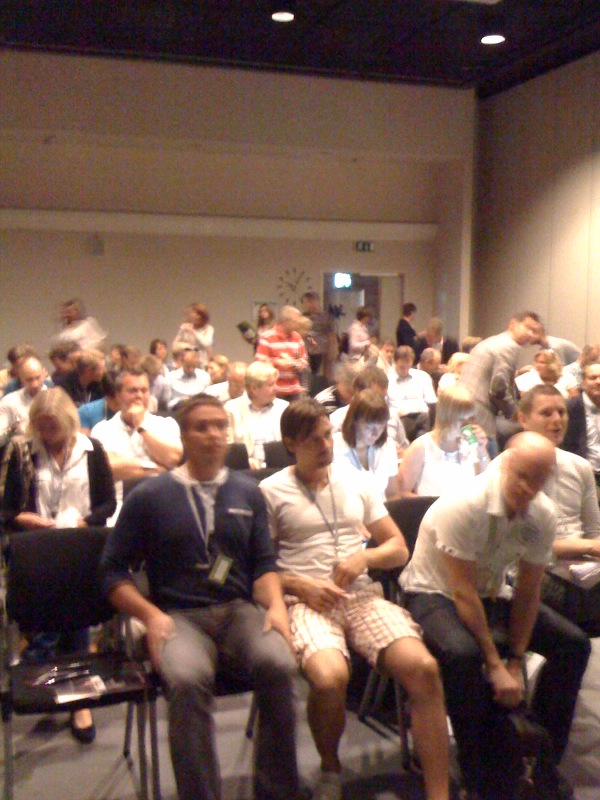 The audience was absolutely brilliant and they were awake, laughing, moving around and smiling throughout the presentation. I should provide some links to the data that I base my assumptions on, but I’ll do that later as the nielsen reports and forbes studies have some copyrights that I’ll have to check on first.

Here is the presentation:

The trip to Strömstad

Have I ever told you I am scared of flying. Well, I am… ridiculously scared. Especially flying in propeller airplanes looking as though they are a rest product of Aeroflot’s golden days. I don’t know, but why do they call this Golden Air? There is nothing golden about it at all. Perhaps it’s like the expression “Silverbacks” we tend to call experienced people. Only that these planes have been through so much that they are now Golden. Bah… The flight was scary and I think I saw my life flash by outside the window there for a while on the inflight to landing. 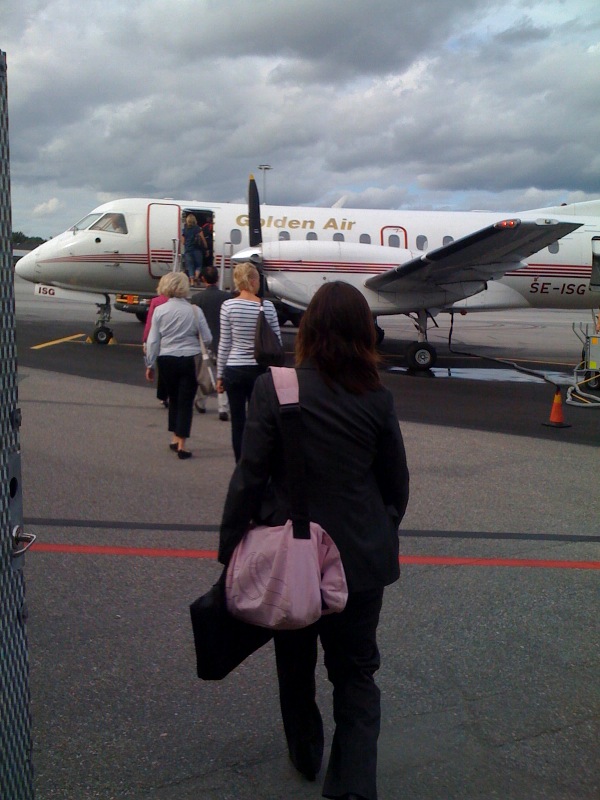 Then I guess I had my longest cab ride with “Nenad the Serb”, actually, he might have been Macedonian or Albanian as well, but I just don’t know. He was a great companion for a 1,5 hour ride that put Dialogkonferansen back another 2400 SEK for my journey.

When I got to the venue I tested my stuff and it was amazing how quickly they got the set in order. As you can see from the “day before” image below, the room was barely even thought of being setup when I got there. Amazing people working at this conference. The hospitality has been great and everyone seems to be genuinely smiling. I really should move elsewhere than Stockholm. Hmmm… hehe… 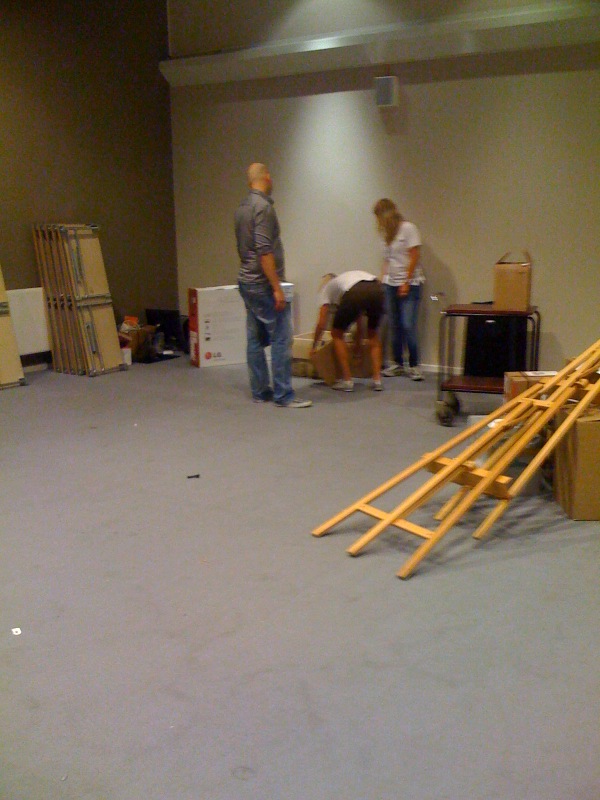 I checked into my hotel and enjoyed the late night view from my window. Strömstad should be visited again, I thought to myself. 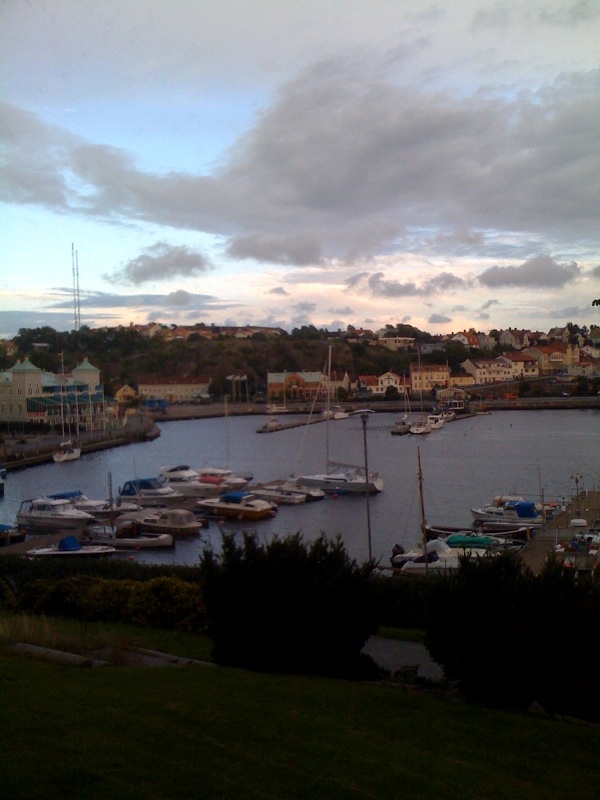 The Conference – day one

The first day I got to listen to three presentations. One by Mike Teasdale from Harvest about e-mail marketing, one from Søren Brahm Lauritsen about data driven marketing, winback campaigns etc. and one from Jay Highley about mobile marketing. All of which were highly interesting. I especially enjoyed the one from Jay as it was down to earth and focused on where the mobile marketing sphere is heading. I think that we as ad agencies have a lot to do in this sector. Hopefully sooner than later.

The mobile market is full with notify-possibilities, something which we use in social networking all the time. I don’t really see why we shouldn’t utilize this when we run TV-ads, online banner campaigns and YouTube video promotions. It simply makes no sense to exclude the mobile, sms or smartphone services from the full experience of a brand communication.

I would like to take a mobile campaign and use it to launch a viral e-mail campaign, using the triggers available on Facebook. I think I am going to have to conceptualize that and pitch it to someone… hmm….

Sadly I didn’t get the chance to listen to the last speakers of the day as there is a reality to take into consideration at home as well. I held two Skype meetings and 4 calls in two hours. But I am sure tomorrow will treat me with some excellent stuff and so I am not that worried the rest of my time here will be the same as home time. I already feel inspired to create!! Something which I haven’t felt for the longest of times.

The second day was harsh on me. I got really “tipsy” the first evening which wasn’t a bad thing at all, however it made me quite sore in the head the second day. I managed to squeeze in some of the talks and it was nice to kick back and listen in on some thoughts from people I rarely get to meet otherwise. I had the good fortune of talking to some people from other companies that were experiencing some of the “usual” problems. Hopefully my advice can help them push through.

I haven’t had time to reflect for so long and listening to other peoples problems, challenges and ideas really helped me, not only neglect my headache, but also get inspired to some new and original ideas that will be published in this blog later on.

The high note of day two was to listen to PG Wettsjö. Not that he brought a lot of new stuff to the table, more the way that he put it out there. Truly inspiring and humorous.

At night we went to Koster and had a meet and seafood fiesta! It was a great hang at our table with Johan Ronnestam and two Swedes from a Norwegian company. The party wasn’t over when we left Koster and I found myself in a room filled with happy people until 5.30 the next day. The funny thing is that we really didn’t stop talking about trends on the web when dancing. Happily enough I stayed a bit less intoxicated the second evening and I got some really good discussions going. Amongst other things I realized that I have to get deeper in my presentations. People really want to see “how things are done” and not only listen to what can be done.

For my next two talks this year I will do just that. eMetrics in Stockholm and SEM-konferansen in Oslo will get some detailed examples from my crypt.

I only listened in on one speaker – Johan Ronnestam – on day three. I was too busy working with stuff from home. It is crazy times at the agency right now as we’re steamrolling on all frontiers. I won’t say we are a success yet as there is still so much to do, but getting out of the house for three days really didn’t help my todo out the least bit.

However, Johan is a great speaker and I managed to pick out some takeaways from his methodology that I will hopefully be able to integrate into my own way of presenting ideas.

If you haven’t been to Dialogkonferansen yet, then you have really missed out. It is not only good, but it is spectacular. The staff is really professional, friendly and help you out in ways you really don’t expect them too. The venue is amazing and although the weather wasn’t the nicest, you really appreciate the sort of remote location and the focus that it brings.

I am truly thankful for the experience.

I think I’ll update with more images and text later, but I am too exhausted right now.