I rarely give kudos in this blog as I mostly write about either philosophical or very practical issues. I rarely write about news or use this blog as a means for dialogue with others. Thus the link exchange is very poor to bloggers that I read, respect and get inspired by. 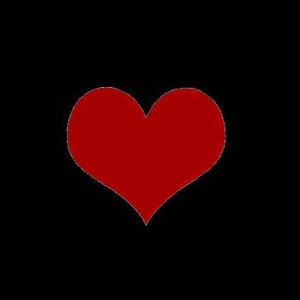 There is one blog I read every time she updates her posts. Ayelet Noff and her Blonde 2.0 is one of the most read worthy blogs out there. Perhaps lately the posts have become less insightful but if you’ve never read the blog, you’ll have a good time browsing the post history.

Naturally, I read Björn Alberts blog. He is one of those strategists out there that can make a clear model out of any creative idea. Would love to work with him again sometime in the future. Even though I don’t doubt my own excellence in finding creative solutions to basically any problem online, Björn has a way of processing those ideas and making them comprehensible to basically anyone with the need or willingness to listen. If you don’t know Swedish you should most definitively use G-Translate in order to read his posts. Better than all the hyped names out there.

When ever I get the time to, I try to read up on some Deborah blog posts. The problem with that blog is that I need a paper to separate the rows from each other as the width of the page is so long. I tend to blur it all together. But the content is power all through and needs to be read. I can but envy her approach to titles. If I had her intrinsic feel for title setting I would stop giving advice and start spamming the world with Deborah newsletters … a new version of Nigera Letters that would convert to 2%. 🙂

To piss me off, I read SEOBullshit which is a mashup of thoughts by some of the most interesting personalities in the SEO business. I found another blogger on SEO bullshit that was a real treat. He appeared in one of Matt Cutts videos as well with a question. SEOMofo is probably one of the more arrogant and crazy people out there. I just love his post about Sphinn as I’ve felt that kind of anger towards some people of our business but never been able to formulate a post such as his. He seems to have a nerve more easily tickled than mine and it is highly amusing to read his insights on basically anything. He doesn’t update that often, but when he does it is always a read worthy post.

For some creative solutions I tend to read bluehatseo as well as read the posts in Moneymakerforum and Black hat World. Even though I generally use “white hat” methods when working with clients websites, it is always good to know what you’re up against. There is nothing as frustrating as not knowing what the heck is happening and why someone is ranking ahead of you in the serps… along with some other good blogs on the topic I can generally find an answer, test it and smile.

Yes, I do read some Swedish blogs as well. Magnus Bråth writes a good blog at Sökmotorkonsult and my colleague Joinsimon is a worthy read although he writes about more than SEO these days. I read Jim Westergrens blog as well as Markus Westberg. However, their updates are less and less frequent these days, but it is generally good when an update comes up.

There are a few blogs I read to get some perspective. First of all I read Disruptive. Not only is Christian one of my good friends, but Poppe and Nicolai are both very competent people that need their fair share of kudos. Disruptive is what other aim to become. They do not piss people off but write about what they are passionate about. To be an entrepreneur is quite different from talking about being an entrepreneur, or just using the word to draw business attention to something creative. On Disruptive you will read interesting perspectives on anything from the “porridge budget” (grötbudget) stories to the VC in the Valley. Sadly, they only write in Swedish, but it is one of those blogs I would love to be able to share through other than the means of G-Translate.

Other sources I read to get the vision I need are the house hold  Techcrunch and Hacker News. From time to time I kick back and read a full length of all the posts I’ve missed on Uncle CJ’s blog. Not only because they are good, but because you need to read a couple of them at a time. It is as a good series, you cannot just watch one episode. You need to download and marathon watch the whole thing. This is something which also holds for Erik Starck’s web presence which is like a fine wine that needs the context of a good meal to bring all it’s components on the taste chart to place.

Since I’ve recently joined the ad agency world, I’ve had to brush up on my coolness. Thus I’ve sat down and read the posts written by my CEO Walter as well as tried to brush through some of what the rest of the business has to offer. I like what Walter writes as he combines the provocative with the pretentious in a tasteful way. Sadly, the rest of the industry is full of so much self loathing that I cannot but puke after reading half a post of the shit that’s been put out there.

I would really like to get some advice on what blogs to read from the ad world. What I don’t want is the youtube clips, the “copywriters hate SEO”-association nor do I want the BS of having to go through millions of rows of text all about some successful campaign that doesn’t show any numbers. I want graphics, I want numbers, I want methodologies and industry understanding. Tell me of such a blog and I’ll link to it right away.

A blog that I used to hate (sorry) but which I really enjoy reading today is Niclas Strandh‘s Digital PR. I don’t know why I used to hate it. Probably because I didn’t like his old avatar image on Twitter. Small things can really get me pissy. But when I started reading the blog for real, another type of person came out of that Twitter avatar, one which I really started to like because of how he put words to thoughts.

Another Swedish blog that I wish could have been written in English is that of Jerry “Springer” Silfver. I don’t only like Doktorspinn as a blog, but I really like the way that Jerry can get pissed off. It is something about that honest transparency of someone completely lacking out at someone else that appeals to my senses. Jerry doesn’t hide, he comes after you and you better be prepared to defend your statements if you bring it. Jerry however, is far from being a vigilante. He’s actually one of those PR consultants that try to understand before he acts instead of pretend that he does and then spam for attention.

Naturally I read Online PR as one of 3 founders to that baby. It is a good and well rounded PR blog that talks about anything from how to build a CSR section on your corporate website to discuss Swedish politics in general.

Besides reading what ever flows through Hacker News, I read the blogs of Ted Nyberg, and Martin Söderlund. Two ex colleagues of mine that posts good stuff for you .Netters out there. If there is one blog/forum/resource  which should be filled up again, it is Palleman.nu… sadly he stopped blogging/posting for some reason and we’ll have to make due with his twitter feed from now on. Anyhow….

I actually think I am done for now. I know I have forgotten some of those that need cred… but if you want ANY PR to flow from this page once it settles you should keep in mind that I cannot put a million links into it. But please tell me if I offended you in any way 🙂

6 thoughts on “The People I Respect and Read – Part 1”